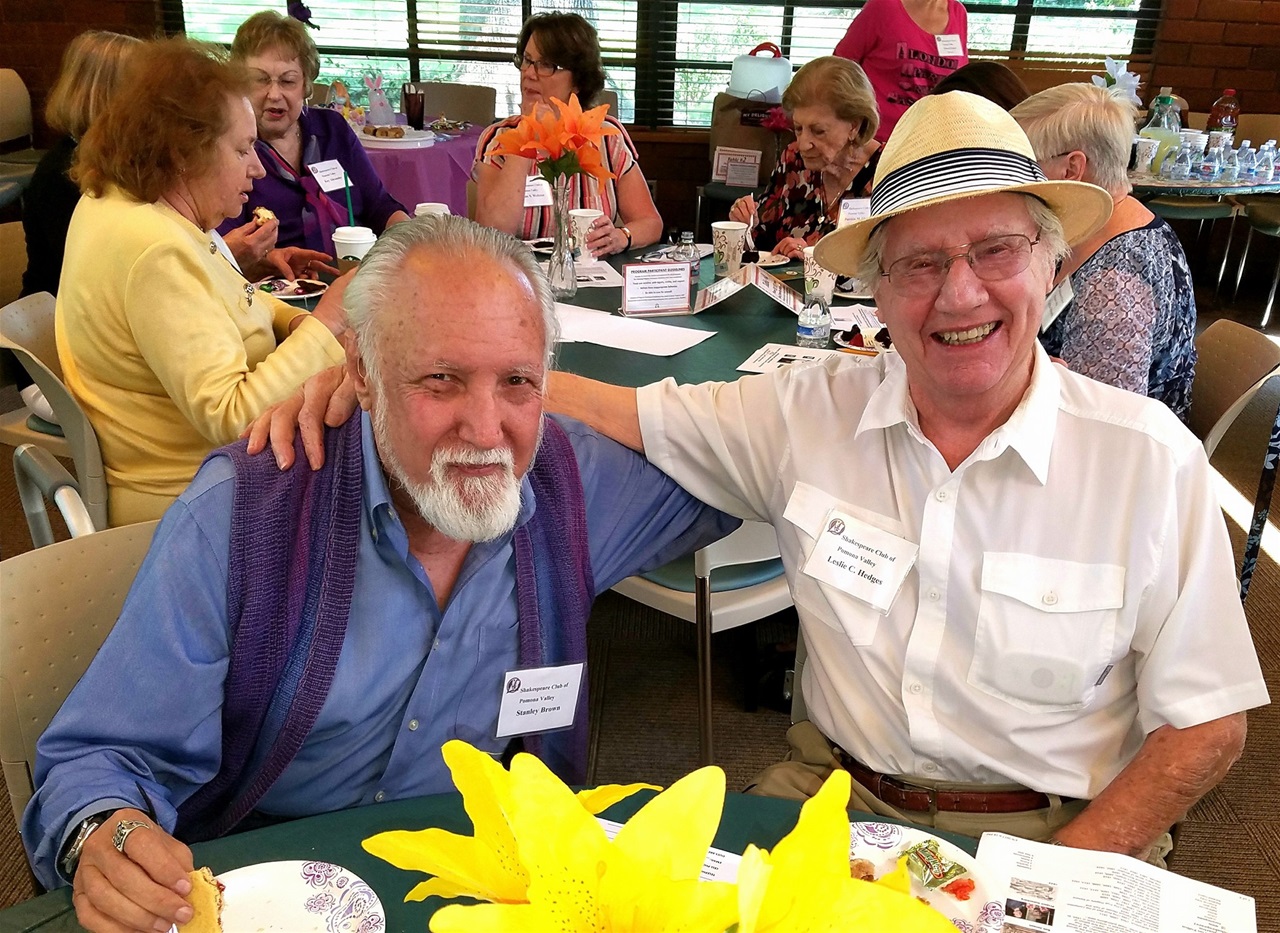 Join your friends and neighbors in

Exploring Tensions at the End of Measure for Measure.”

As the title suggests, this is an exploration of how quite diverse, even radically opposed, stagings of the ending of the play not only have great theatrical impact on an audience but also how collectively they illuminate our understanding of the text and of the crucial co-creative role that actors, audiences or readers can play in the re/creation of a Shakespeare play.

An “outward-sainted” deputy seeks to seduce a novitiate and kill her brother. But is he forgiven in the end? What kind of justice is Shakespeare promoting in the pre-#MeToo world of Measure for Measure?

Cal Poly, Pomona, Professor Edward Rocklin will discuss the ending of this problem play, whose final details we cannot predict, and whose genre we may need to rethink. Dr. Rocklin will explore how productions since 1950 have taken advantage of the text’s open silences to produce a remarkable array of closing harmonies and disharmonies.

With degrees from Harvard and Rutgers, Dr. Rocklin has published over 20 essays on Shakespeare, as well as guidebooks to teaching the plays. His work-in-progress is tentatively entitled Reading as an Experimenter: Engaging with Shakespeare’s Plays. 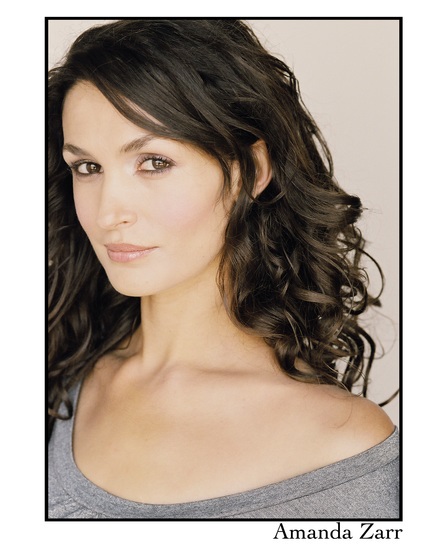 You may have seen her last summer as Beatrice in Ophelia’s Jump’s production of Much Ado About Nothing or perhaps earlier as the Romanian mother in Electric Baby, but now is your chance to hear actor, director, and adjunct theatre professor Amanda Zarr address the Pomona Valley Shakespeare club.  Zarr‘s theme will be “Conflict in Shakespeare,” and she will be demonstrating how semantical devices support arguments.

Amanda earned her BFA from Chapman University, her MFA from the prestigious PATP program at the University of Washington and worked with Shakespeare Orange County as a company member for over 10 years. Notable roles with SOC include Juliet, Ophelia, and Lady Anne in Richard III. Currently teaching at Chapman University, Zarr has also worked on many TV shows and films and has received acting awards from major festivals

SHAKESPEARE TEA at 2 pm on Monday, December 11 aT  seaver house 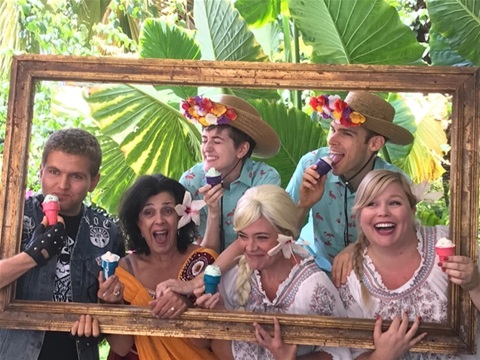 Whence cometh the comedy in Comedy of Errors? A family lost at sea and mistaken identities should engender grief and confusion, but acting professor Linda Bisesti will reveal how Shakespeare turned calamity into comedy.  Linda will elaborate on her recent production at the California Shakespeare Festival, which turned Ephesus into Venice Beach and Syracuse into San Diego, not to mention some significant gender bending in the casting.

Artistic Director for SCSF, which performs at Cal Poly every September, Bisesti will speak during our annual holiday tea at the elegant Seaver House at Pomona College.

With an MFA in Acting from Boston University, Bisesti has performed numerous Shakespearean roles for Los Angeles Women’s Shakespeare Company and other regional theatres.  A Professor of Acting at Cal Poly, she is also an internationally recognized voice teacher who coaches actors for TV, film, and theatre.

The Shakespeare Club presents speakers the second Monday of each month at the Joslyn Center.  However, the annual Holiday Tea on Dec. 11 will be held in Pomona College's beautiful 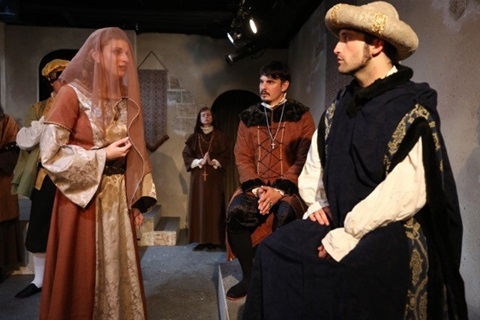 Topic: The Actor Asks His Character:

What's the Story Behind the Story?

Take on the roles of 2 Shakespearean dukes? Check.

Fresh from this year’s “engaging and believable” portrayal of Duke Vincentio in the Long Beach Shakespeare Company’s production of Measure for Measure, Kyle McGruther will share his insights on developing a backstory for his character.

How much help does he receive from the director? How do his perceptions influence his interactions with other cast members?

A stage, screen, and TV actor, McGruther grew up in a military family, living in four continents and learning Japanese, French, and Italian.  His acting background includes a B.A. in music as well as training in role playing, stage combat, clowning, and horseback riding.

Oh, and that other duke?  Orsino in Twelfth Night with Theatre Prometheus.

Free and open to the public. 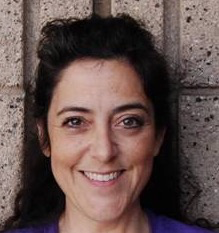 Can a dog do Shakespeare? Come learn all the tricks of the directing trade when Beatrice Casagran, of local Ophelia’s Jump Productions fame, shares insights gleaned from her summer productions of the Bard.

How does OJP choose the plays, audition, cast, and stage the productions at the Sontag Greek Theatre at Pomona College? Learn how Hamlet and the Ghost came to be played by the same actor. And, yes, Lady MacBark had a breakout canine role in Much Ado About Nothing.

Cuban native and former lawyer, Casagran is Founding Artistic Director of OJP and drama teacher at Diamond Bar High School. She holds an M.A in Theatre from CSUSB and her acting credits include Vanya & Sonya & Masha & Spike, Titus Andronicus, and August: Osage County. Directing credits include The Electric Baby, Tribes, Honky, and The Whale.

On the second Monday of each month at the Joslyn Center.

I'm a paragraph. Click here to add your own text and edit me. I'm a great place for you to tell your story and let your visitors know a little more about you.

LOOKING FOR A SHAKESPEARE PLAY ?

The COMEDY OF ERRORS

SCSF will also perform the play at 7:30 p.m. on Sept. 9 at the School of Arts and Enterprise in Downtown Pomona.

Tickets are $20 general admission and $15 for students, staff and senior citizens.

Join your friends and neighbors in 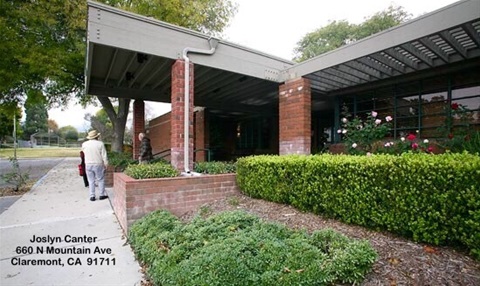 Meetings are usually the second Monday of the month

from October through May at 2 PM

in the Dining Room at Joslyn Center

(on the northeast corner of Mountain and Harrison Aves.)

various facets of the Bards life, plays and sonnets

and watch for news of our meetings in the Claremont Courier and Inland Valley Daily Bulletin. 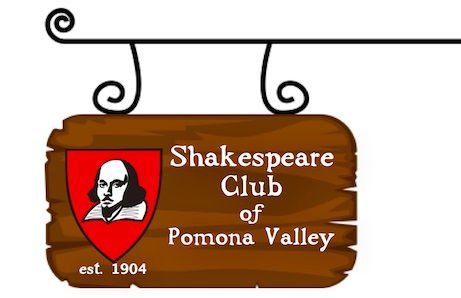